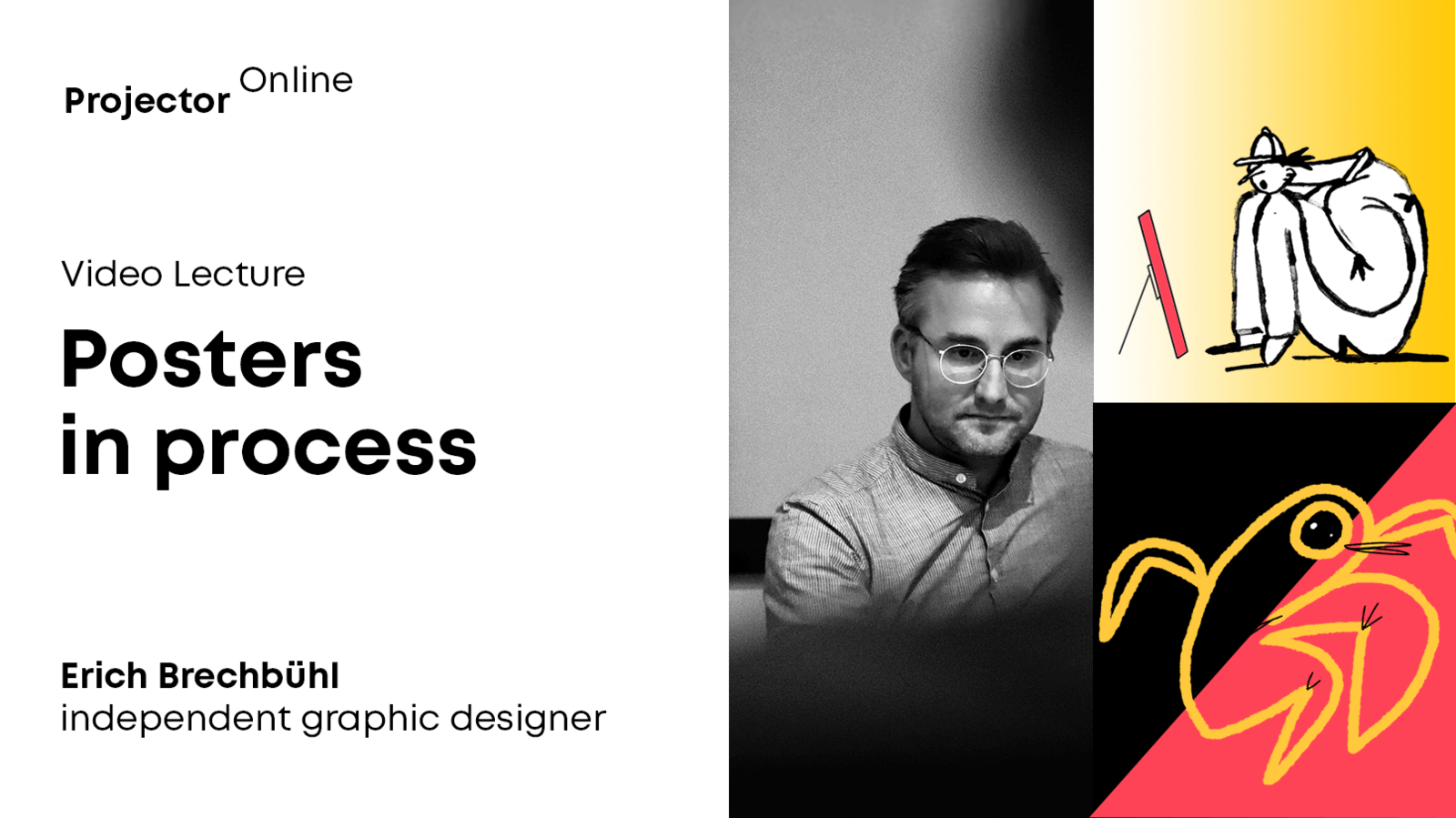 Erich Brechbühl is a Lucerne based independent graphic designer and is mainly known for his diverse poster designs – his preferred mode of graphic expression. After studying typography, he became an apprentice graphic designer under Niklaus Troxler and finally opened his own studio, Mixer, in Lucerne in 2003. In 2009 he was co-founder of the Weltformat Graphic Design Festival in Lucerne and started the regular exchange meeting for graphic designers called Show & Tell in 2012. For his posters he won numerous international awards and since 2007 he's a member of the Alliance Graphique Internationale (AGI).

Erich Brechbühl will give an in-depth introduction to his poster design process as well as show some of his other recent works. By sharing different examples of his work, he will demonstrate the different paths, and experiments he goes through to reach the final finished design.

Every piece of design deserves to be designed from scratch. By starting with the content and context the design process will lead you to a unique result that fits specifically only to this project.

Lecture will be useful for: every designer who is curious about the design process of other designers.